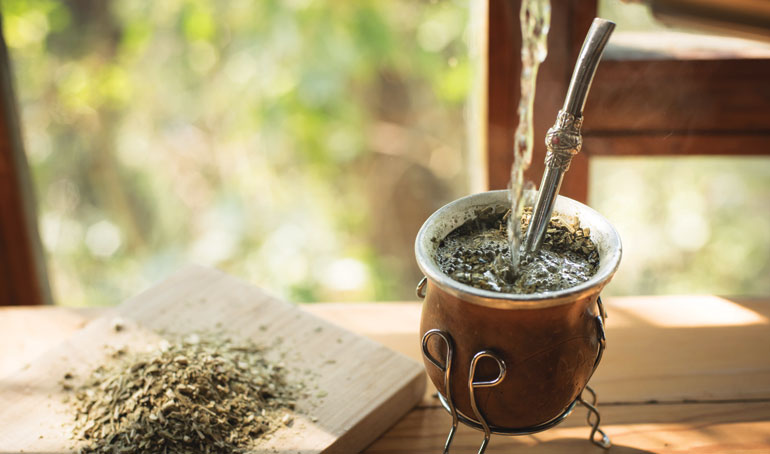 Mate is a drink made from Yerba Mate, which is an herb derived from dried and crushed leaves. To drink it, a dry hollowed pumpkin or a specially designed cup is used as a container of the yerba. A special straw is used to sip the infusion which is served with hot water at 168-175 ° F. Mate can be drunk alone, but its popularity lies in the idea of being shared. It is very common to see groups of two or more people drinking it in rounds, taking turns from the same container.

The tradition of Mate was born in South America in the countries of Argentina, Southern Brazil, Uruguay and Paraguay. Misiones province in Argentina is the largest producer of yerba mate.
According to several institutions linked to the production and commercialization of Yerba Mate, including the “National Institute of Yerba Mate,” the countries that consume this infusion include: Argentina, Austria, Brazil, Chile, China, England, France, Germany, Italy, Japan, Jordan, Lebanon, Poland, Russia, South Korea, Spain, Syria, Ukraine, the United States, and Uruguay.
The Rural Association of Yerba Mate states that Argentina produces about 200 million kilos of Mate per year, and that of those, 60 million kilos are exported. The “National Institute of Yerba Mates” and the “Rural Association of Yerba Mate” have both commented that consumption in the United States has been rising in recent years.
The popularity of Mate is evident among America’s Hollywood and entertainment figures who have adopted the healthy habit of drinking Mate. For example, Viggo Mortensen, who lived part of his childhood in Argentina, has a habit of drinking Mate.
James Hetfield, a member of the band Metallica, is another Mate drinker. He is married to a woman from Rosario, Argentina. It has been claimed that Hetfield opts to drink Mate at all times, especially while working with his band or behind the scenes when he acts.
Finally, American actor Kevin Bacon has openly declared himself a fan of drinking mate. These are just some of the celebrities who drink Mate in the United States.
Why is it becoming a healthy trend all over the world?
This natural drink was originally highly valued and consumed by the Guaranies, native people who lived in South America. Yerba mate comes from the tree called Illex paraguariensis, its leaves and branches require extensive processing before they are ready for consumption. The plant is considered to have medicinal properties. It acts as a stimulant of the nervous system and contains amino acids, antioxidants, and minerals that contribute to a healthy diet.
In recent years, several scientific studies have been carried out, which argue that yerba mate contains 196 active elements, including 24 vitamins (among them, A, C, E, B1, B3, B5, and B complex); fifteen amino acids, fatty acids, flavonoids, polyphenols, chlorophyll, and minerals such as calcium, magnesium, manganese, iron, selenium, potassium, silica and phosphorus. 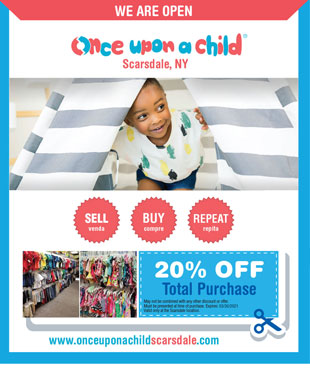 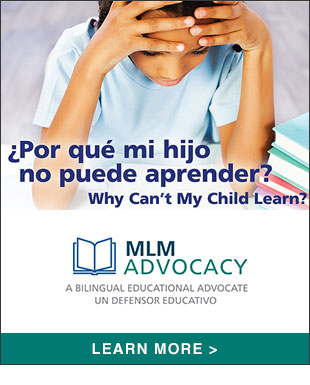 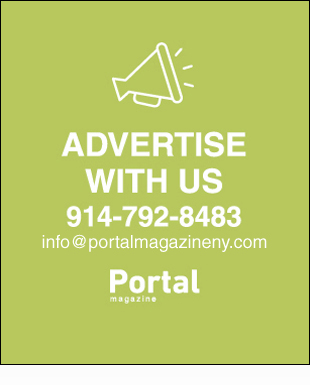